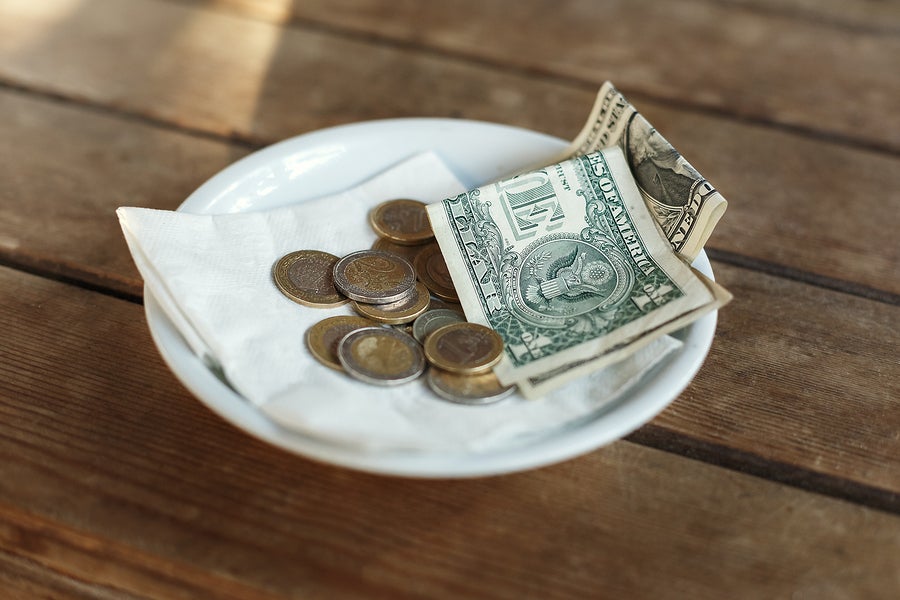 Both the federal Fair Labor Standards Act (FLSA) and New York law set out wage requirements for employees. Specific rules govern employees who earn tips since the nature of how they are paid is so different than traditional hourly employees—specifically, the rules regarding tip-pooling, which is the practice of the employer requiring tipped employees to pool and share their tips.

The Department of Labor (DOL) recently proposed new changes to the tip-sharing rules under FLSA. The following will examine how the federal rules may change and how any effective changes may affect New York City waiters and other tipped employees.

When it comes to tipped employees, employers have two main options—they can pay them the full required minimum hourly wage or they can take a tip credit, which lowers the required hourly pay. The hourly pay plus tips must equal at least the regular minimum wage for all hours worked. In New York City, the pay requirements for so-called “food service workers” (i.e., waitstaff, bartenders and bussing personnel) are currently as follows for 2018:

In addition to these hourly wages, the law sets out that tips earned by employees should be the property of the employees alone and they should not be required to hand over their tips to their employer. One exception to this rule is a valid tip-sharing agreement, in which an employer requires the tipped employees to share tips among other tipped employees.

Before 2011, certain employers were allowed to collect tips from tipped employees and distribute them to any employees they wished—including back-of-the-house employees and others who do not traditionally receive tips. In 2011, the DOL began enforcing a rule that no employer had the right to share tips with non-tipped employees and that such tip-sharing would constitute wage theft. In recent years, many restaurants have been sued for such wage theft stemming from wrongful tip-sharing, including acclaimed restaurateur Mario Batali, who settled a class action lawsuit for about $5.25 million.

Since the enactment of the new rule, many parties have tried to challenge it in federal court—with mixed results. For example, in Oregon Rest. and Lodging Ass'n et al. v. Perez et al., the U.S. Court of Appeals for the Ninth Circuit upheld the DOL's authority to prohibit such tip-sharing, even if an employer did not take a tip credit. On the other hand, in Marlow v. The New Food Guy, Inc., the U.S. Court of Appeals for the Tenth Circuit held that if an employer does not take a tip credit, it has the right to collect and distribute tips to employees as they wish. In light of these clashing decisions, the U.S. Supreme Court may take up the issue in the near future.

The DOL under the Trump Administration now proposes to eliminate tip-sharing prohibitions for employers who do not take a tip credit. This would give employers who pay tipped employees the full minimum wage the right to take tips and then distribute them as they see fit. This includes sharing tips with non-tipped employees. The rule is still in the enactment process and has not yet become law.

Practical Application of the Proposed Rule

The basis of changing the rules is stated as eliminating wage disparity among tipped and non-tipped employees who work for the same employer. For example, a dishwasher and a server at a high-end restaurant in New York City may both make the same hourly wage. However, the server may also earn an additional hundred of dollars per shift in tips while the dishwasher does not have the opportunity to earn any extra pay. Proponents of relaxed tip-sharing rules state that since all employees are integral to the operations of a restaurant, cooks and dishwashers should not make significantly less than bartenders or servers—and greater tip-sharing can make earnings more equitable for all employees.

However, critics of the proposed rule point out that in reality, employers will likely not use their new power to oversee tip-sharing to create equal pay. The rule states that employers can distribute the tips as they choose—which could also mean pocketing the tips for themselves. This means that managers and others who may not deserve them may take and share hard-earned tips.

In addition, the majority of restaurant employees do not work in high-end establishments but in chain restaurants with lower-cost menus. These employees do not earn a significant amount in tips and they often rely on their tips to pay their bills. The new rule could deprive many such employees of a substantial portion of the tips they earn.

The good news for tipped employees in New York City is that even if the new DOL rule goes into effect, they will likely see little change due to more restrictive state laws. New York law allows tip-sharing and tip-pooling, but only between employees who provided direct customer service and other tipped employees. State law does not allow employers to distribute tips among management or other traditionally non-tipped employees. For this reason, any New York tipped employees who believe their tips are being wrongfully shared should discuss the possibility of a wage theft claim with an experienced New York City employment law firm as soon as possible.

At Braverman Law PC, we understand that knowing your rights under federal and state wage and hour laws can confuse anyone. But we stay thoroughly informed of all new developments in labor laws and can advise you whether your rights were violated. To discuss any concerns about your employer and payment, please call (212) 206-8166 or contact us online today.